Telelift is a tethered multirotor aircraft designed for those who need to stay connected in the most extreme environments. Telelift is configurable with standard 4G, 5G and WiFi payloads, seamlessly integrating into a team’s operations. With a focus on reliability, Telelift is unlike any drone you’ve ever seen. 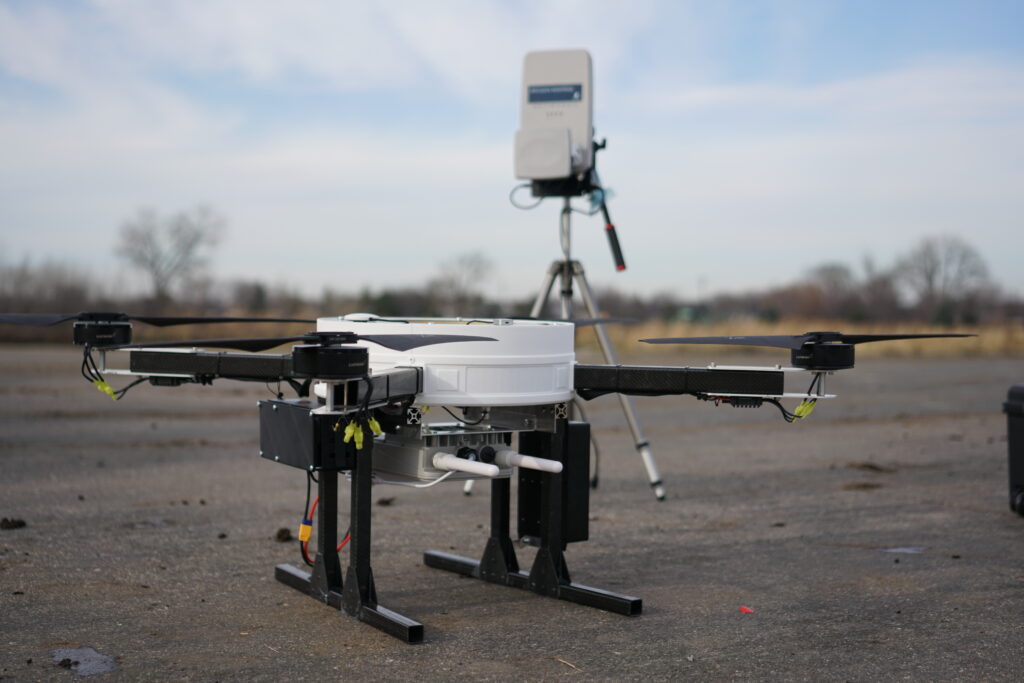 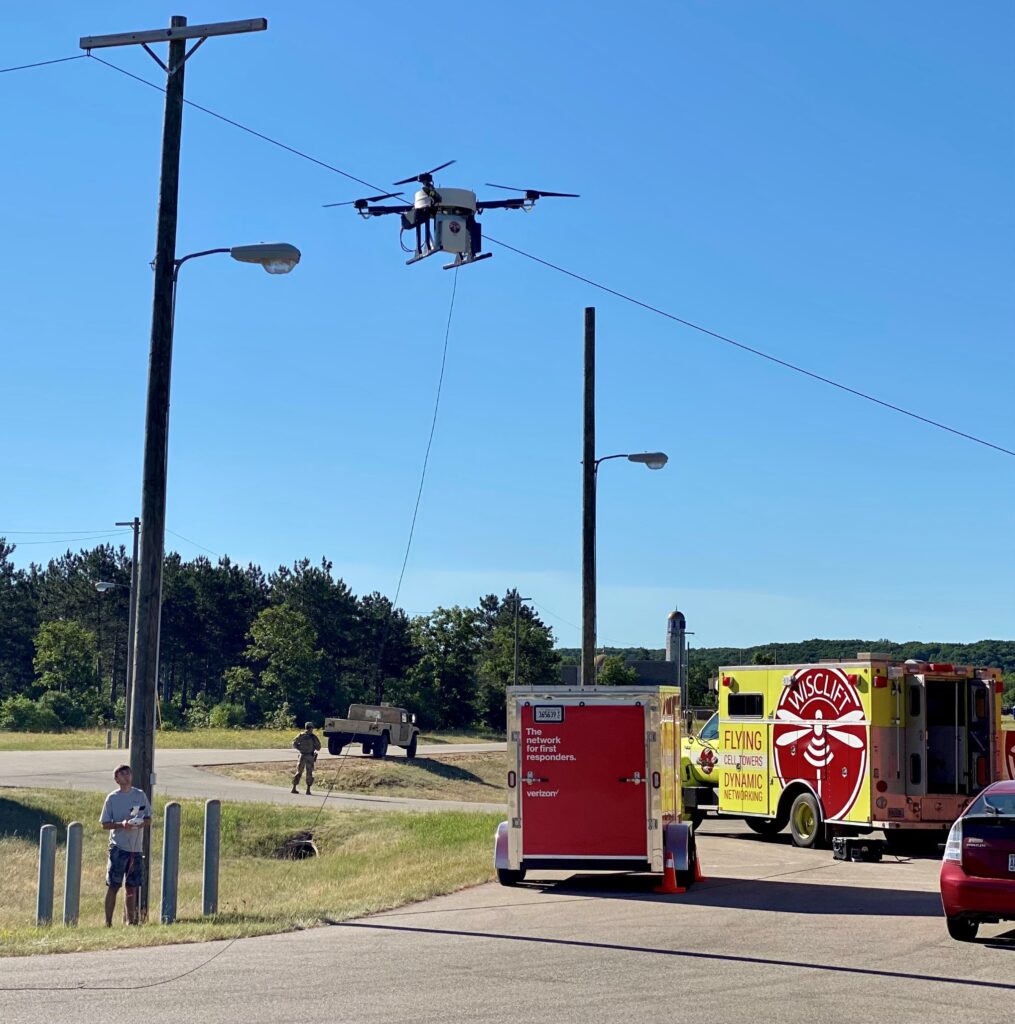 In 2021, Spooky Action, along with it’s partners at Wisclift Inc. and the Air Force Research Lab, provided connectivity at the National Guard PATRIOT Exercise. We demonstrated Telelift’s capabilities as the fastest post-disaster response capability on the market and allows first responders to establish connectivity in a disaster zone within hours.

The National Guard’s PATRIOT exercise demonstrates response readiness for domestic operations, including natural disasters and civil disturbances, and was a valuable test bed for the capabilities of Telelift. At the exercise, Telelift provided Verizon network capability to first responders, connected with Satellite-based backhaul via a DH Wireless Portable Data Network. 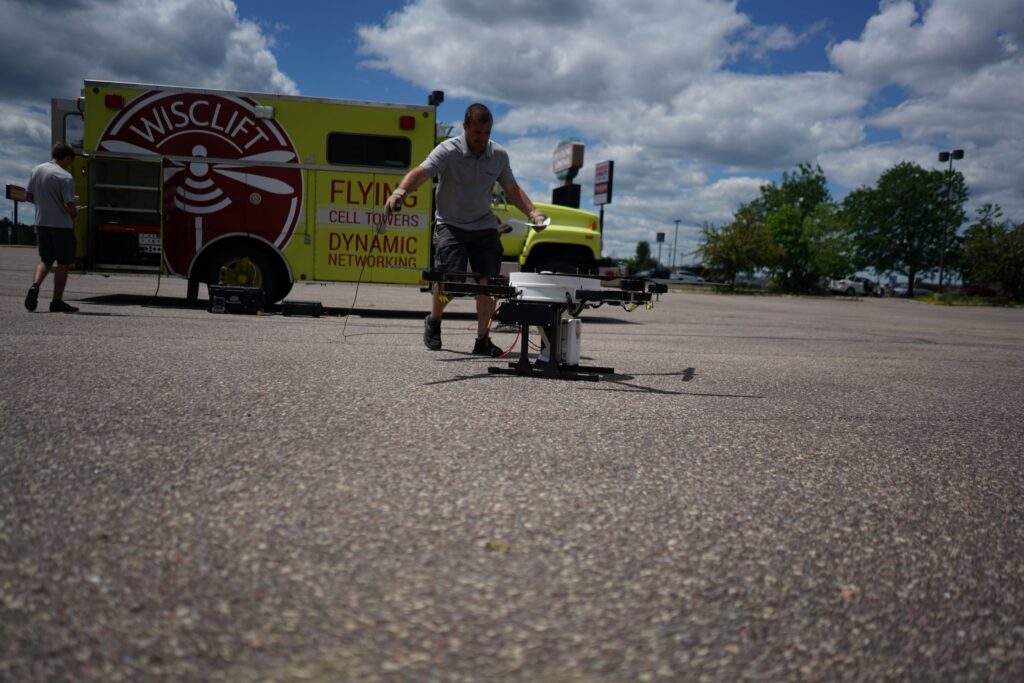 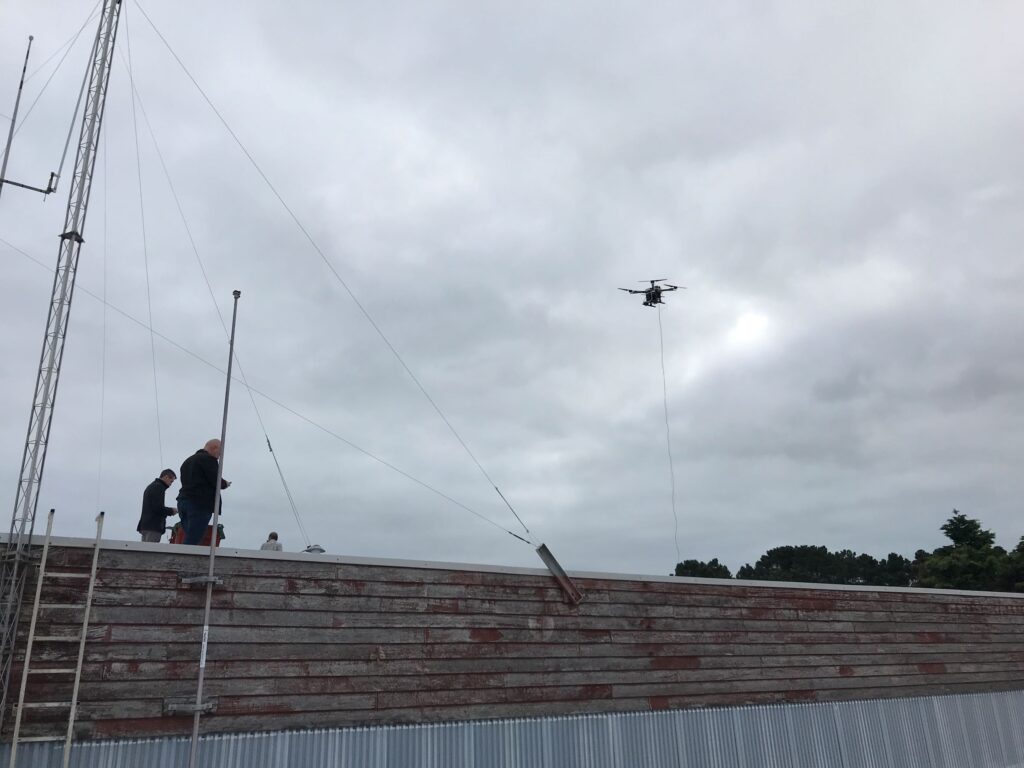 At the event, Telelift provided connectivity among the windsurfers and live-streamed 360-degree video from a chase drone back to VR headsets. This is a generational leap forward in how spectators can experience an event— instead of watching from the sidelines. They could now soar among the competitors.

Live-streaming 360° video at outdoor events has traditionally been impossible, requiring too much bandwidth and specialized infrastructure. Until now. With multi-day flight endurance and the industry-leading Klas Voyager Small Cell, Telelift broadcasts LTE for the entire event at a fraction of the cost. This is an immersive spectator experience like never before.

Connect with us today!