Drones have been used with increasing frequency at major sporting events including the Tokyo Olympics and Super Bowl. Typically this has been as part of the entertainment and half-time shows. Many sports teams also use drones to capture footage for analysis later. However, live-streaming 360° video at outdoor sports events has traditionally been impossible, requiring too much bandwidth and specialized infrastructure. Until now.

At the National Windsurfing Championships in Quiberon, France, Spooky Action partnered with global telecom giant Orange, and remote communications specialist Klas Telecom to provide 4G LTE coverage of the event. The producers of the event wanted to offer an immersive virtual reality experience to the spectators like never before. This has been prohibitively expensive in the past because live-streaming 360 degree video takes a lot of bandwidth.

Telelift is capable of multi-day flight endurance and can be configured to carry any payload up to 10 kgs/22 lbs. Combined with expertise from Klas Telecom, the industry leader in remote communications, Telelift broadcasted LTE for the entire event at a fraction of the cost.

This is a generational leap forward in how spectators can experience any sporting event. Instead of watching from the sidelines, they can now soar among the competitors. 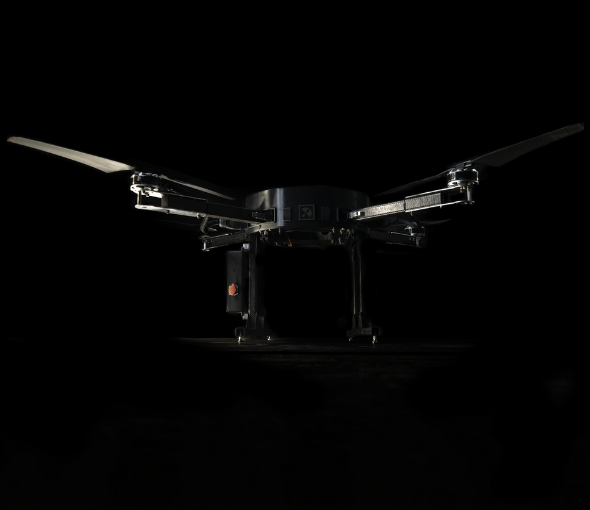 Telelift can haul up to 10kg of carrier-grade telecommunications equipment. Configurable with standard 4G, 5G, and WiFi payloads, meshing seamlessly into your team’s operations.

Telelift goes the distance. Our system is rated for hundreds of hours of continuous flying connectivity, and is capable of completely autonomous flight. Telelift flies under standard Part 107 rules.

Telelift packs light and deploys ultra-fast. Power the tether system from a vehicle, generator, or shore power. The entire system packs into standard Pelican cases and deploys in minutes.